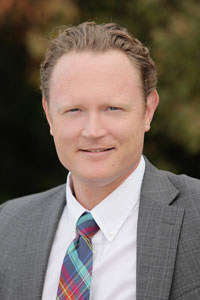 Mr. Hodge has developed his practice in diverse areas such as tax law, real estate, business law, secured transactions, and Medicaid Planning. He has served as an adjunct professor of business law at Tabor College. During law school, he clerked for the Kansas Board of Tax Appeals and the Kansas National Education Association. Before law school, Mr. Hodge served as a teacher and a coach at Peabody High School. He and his wife reside in North Newton with their three children. His wife is a teacher in the Newton School District.